We love hearing from our runners, especially those that run a lot of races. In case you missed it, here’s a great review from RunTheImpossible.com. Make sure you check out their site to read about all Katie and Spencer’s running adventures!

Downtown Sanford is the perfect background for a Spring 5K and 15K race in Central Florida.  The Riverside Dash is one of the very few 15k races in Central Florida that has continued year after year, and we can see why!  We chose to participate in the 5K length, because we have a 10 Miler and a Half Marathon later this month. We enjoyed an early start to stay cool.  The 15K began at 7AM with the 5K just 10 minutes later.  We took advantage of the early packet pickup on Friday and Saturday so we could sleep in a little later. 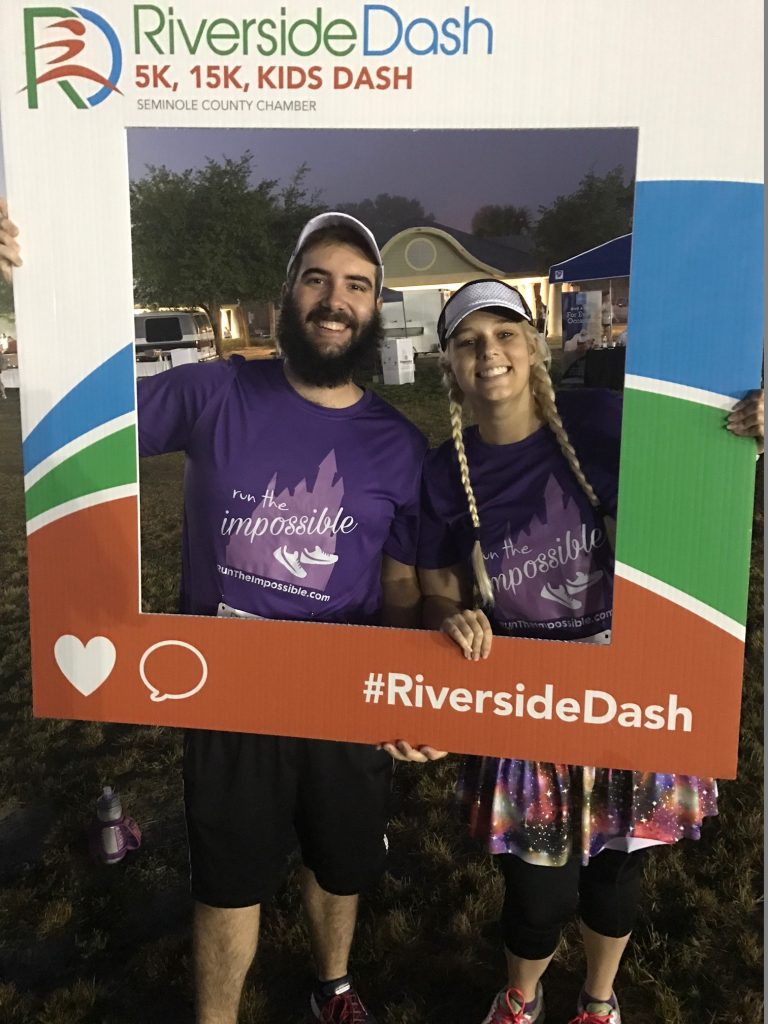 The course is flat with beautiful scenery of the lake and well managed with Police Officers and volunteers.  Some of the course doubles up in the beginning and the end (think of a giant letter P).  We ran about about of third of the course on well maintained bricks. 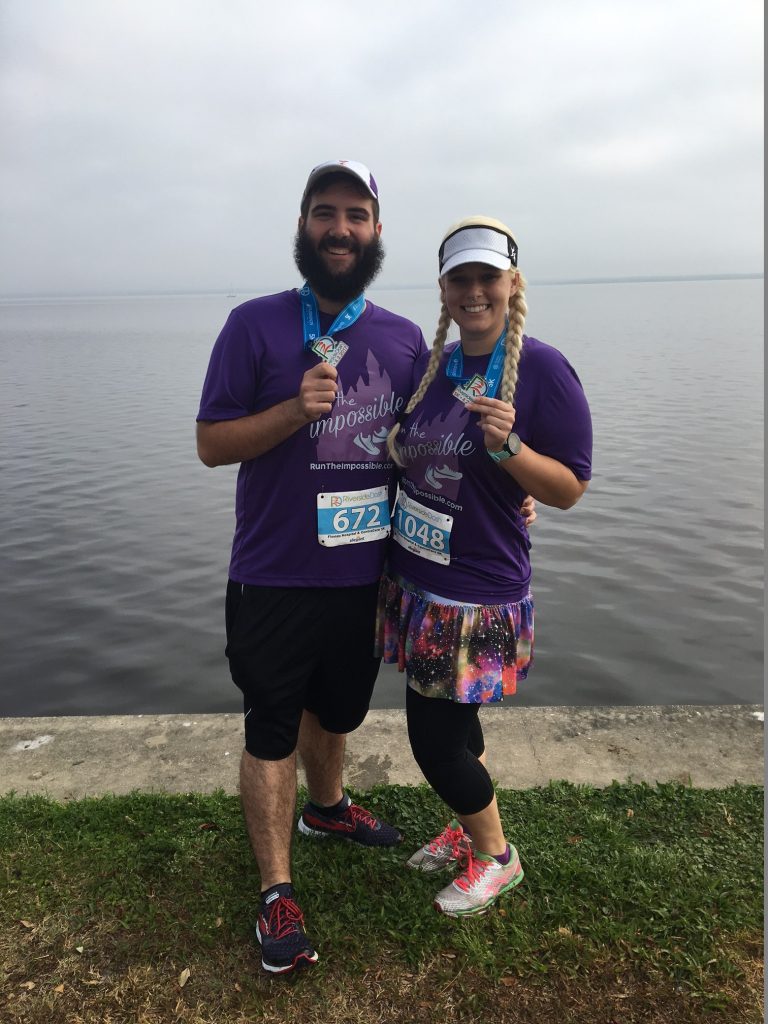 The best part of this race was the after party.  There were at least a dozen vendors in the expo area, a PR bell, and a great race announcer.  Every runner also got fresh pancakes and beer!  We took advantage of the free food, for sure. 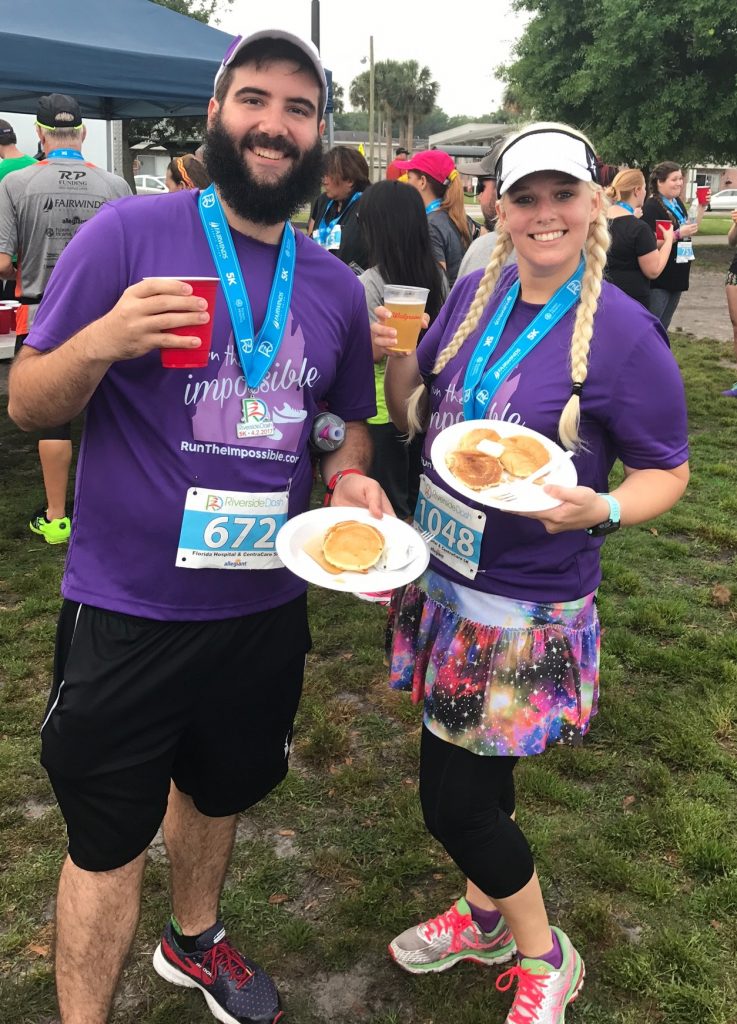 Runners also got buttery-soft tech shirts at packet pickup.  We like that the men’s and women’s cuts had different colors, so we can tell them apart in the closet! A great perk was the bibs and race info coming in a drawstring bag!  We like to use these for Gear Check at other races. Overall, definitely one of the best swag grabs we’ve had at a local race! 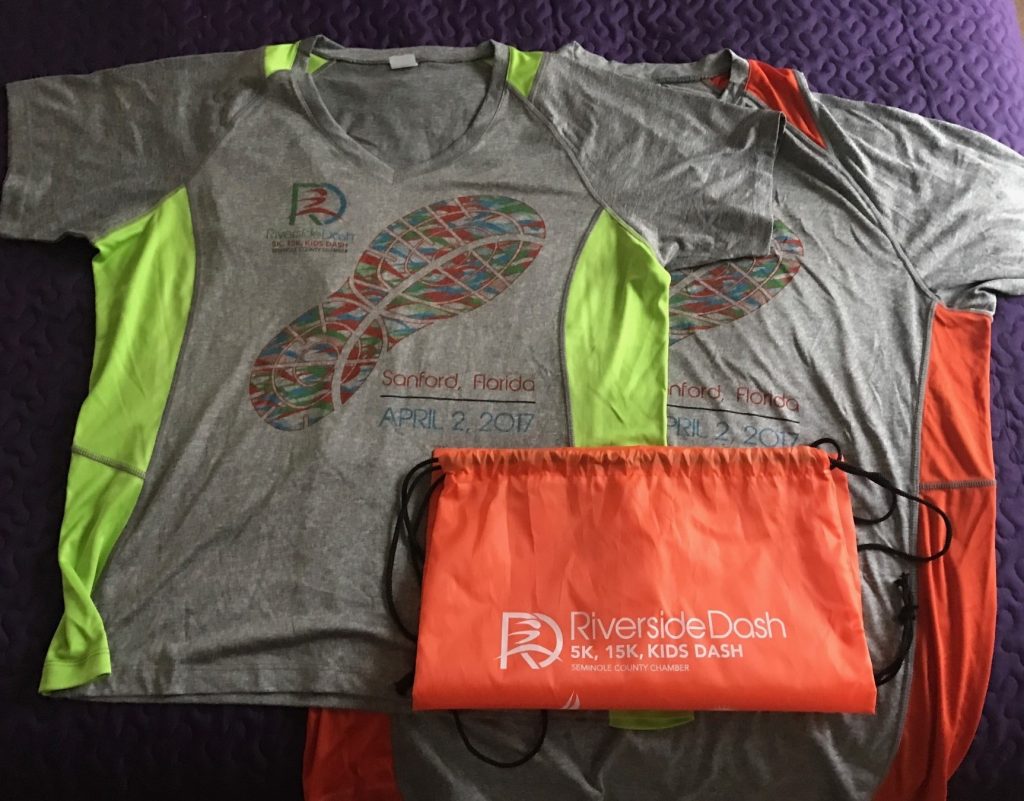 Overall, our only complaint was that we didn’t do the 15K!  We love a good distance race and the 15k course had more water views and ran all the way up to the Central Florida Zoo.  We are adding the 15K to our Must-Do List for next year! 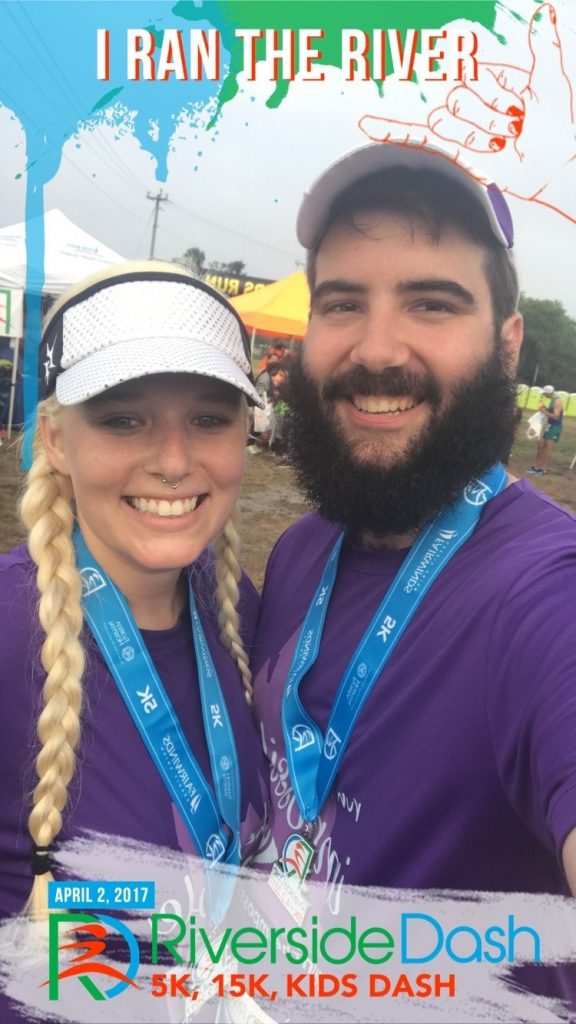 So cool! They had a custom Snapchat geo-filter just for the race!